Water, green parks and the scent of aristocracy. That is Stockholm. Modern and vibrant. However, lovers or art and historical sights will also be in their element. Many claim that the capital of Sweden gives the impression of being a floating city. After all, not only in Stockholm, but also in the surrounding area, people live almost entirely on islands and islets. There are several thousand of these in the region, which is around 140 kilometres long. 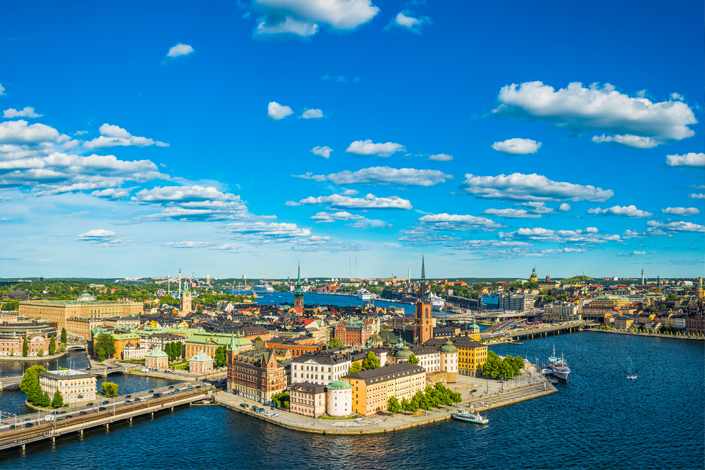 The Middle Ages and the Nobel Prize

The Middle Ages of the north? Yes. That is Gamla Stan. A visit to this part of the city is practically a must when staying in Stockholm. A place full of picturesque little streets, small squares, fountains, merchant houses and later Baroque palaces. Although it only covers an area of roughly 0.4 square kilometres, this is the place where the city’s history was written.

Gamla Stan (which translates as Old Town) formed around the original Tre Kronor (Three Crowns) castle. The castle that gave the Kingdom of Sweden its emblem. Tre Kronor was later replaced by the modern-day Kungliga Slottet Royal Palace from the late 17th century. Stop at the official seat of the Swedish monarchy and perhaps admire the changing of the guard. It’s certainly worth it.

Call in at the Tyska Kyrka church, originally dating back to the 16th century, and the 13th-century Storkyrkan cathedral. It is here, right next to the Royal Palace, that the kings of Sweden were crowned. This is the very oldest church in the city. And on to the third home to all that is spiritual – the Riddarholm Church. While the cathedral became the place where kings and queens were crowned, this Gothic gem is their last resting place. 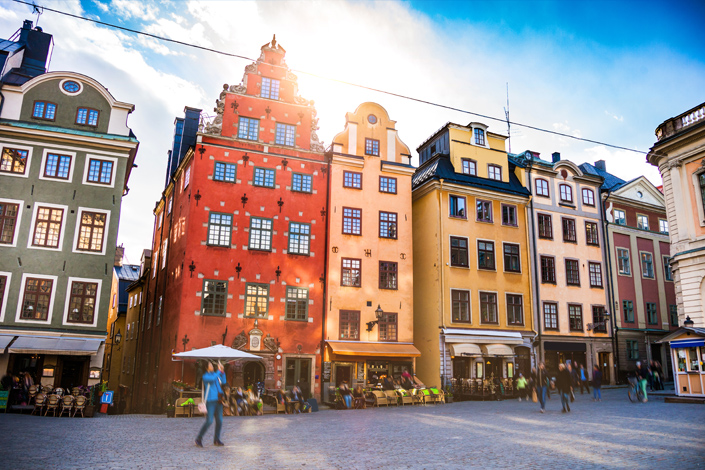 The symbol of Stockholm is undoubtedly its City Hall from the early 20th century. It is built from eight million red bricks. It is definitely worth taking a tour of the Blue Hall, which is where ceremonial banquets are held. What is curious, however, is that the Blue Hall is actually red. The Nobel Prizes are awarded here in December every year.

Touch the world of the aristocracy? Why not? Drottningholm Slott, which is reminiscent of Versailles in France, has been the private residence of the Swedish royal family since 1981. It stands on the island of Lovön. However, part of the residence is open to the public. You should also check out some of the museums. Get to know the life of the Vikings and see the biggest warship from the 17th century. The Vasa was a floating palace in itself. It sank, however, apparently under the weight of its guns; 333 years later it was raised from the sea bed and reconstructed. It is now visited by around a million visitors a year. But don’t forget the newer museums. What about the one dedicated to ABBA?

To make your Stockholm experience perfect, take a ride in the local metro. Its stations themselves are fine examples of art and design.

The territory that is now Stockholm was settled by the ancient Vikings a thousand years before Christ, and they made it into a crossroads for trade. However, the oldest written record of the town with the name of Stockholm dates back to 1252. This was when the iron trade thrived here. The old town of Gamla Stan also dates back to this time. Stockholm officially became the capital city in 1634. 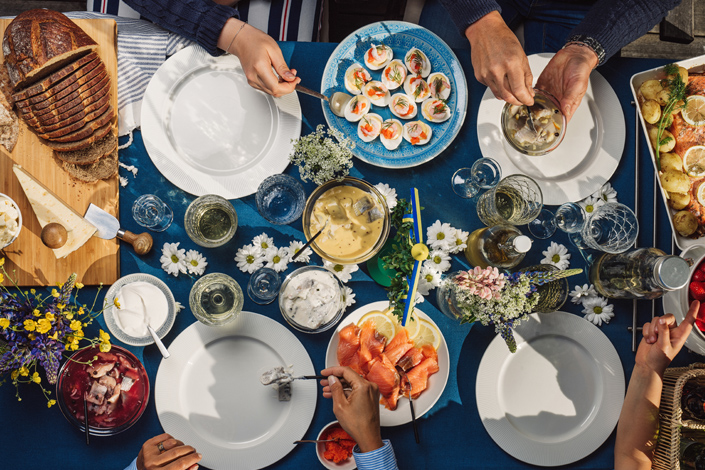 It is not for nothing that Sweden is known as the kingdom of dill. The locals love this herb and add it to almost everything. Sandwiches, salads, with fish and in soups.

Try some salmon, herring, reindeer meat, meatballs with cranberries, the local sausages and pâtés. And for breakfast perhaps Gröt - porridge with fruit jam or syrup.