Round Trips with Czech Airlines 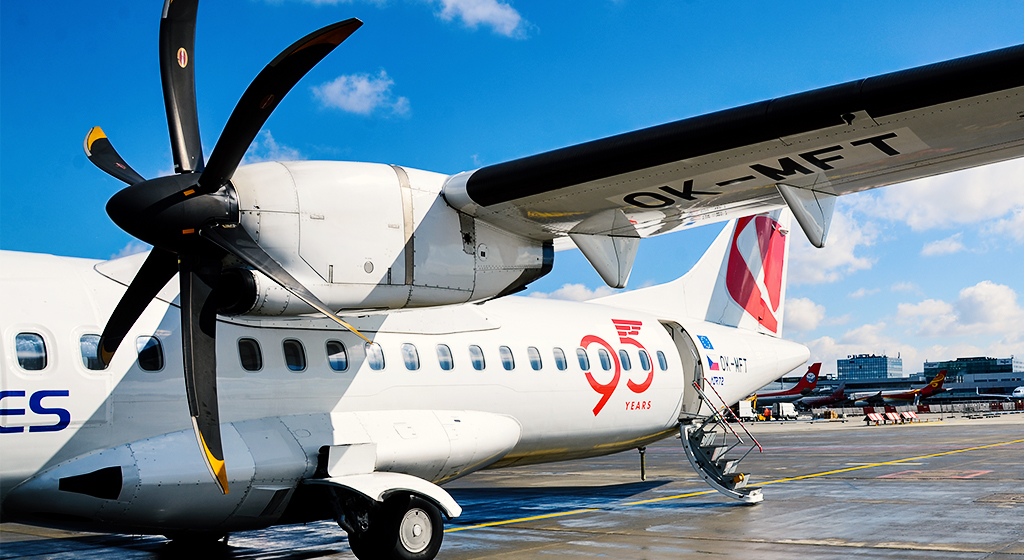 This year, we commemorate the 95th anniversary of the company’s foundation and launch of operations. The first flight on the Prague – Bratislava route departed Prague/Kbely airport on 29 October 1923 at 12:35 pm. However, the original plan was very different. The Bratislava flight should have been handled a day earlier, on the occasion of the 5th anniversary of the foundation of Czechoslovakia. The weather on 28 October 1923 foiled our plans. Therefore, instead of the originally planned flight, we only performed a symbolic flight around Kbely.

On the occasion of the 95th anniversary, we not only want to symbolically repeat the historical events of the autumn of 1923, but also to offer you even more, so we have prepared a series of flights to remember around Prague at a low cruising altitude.

We dispatch a total of 10 round trip flights in the following dates:

All round trip flights will be piloted by our most experienced captains at cruising altitude of around 800 metres above the surrounding terrain, which is the lowest cruising altitude for any common commercial passenger aircraft flights with customers on board. We will make a loop around Prague and Křivoklát, Točník, Karlstein and Český Šternberk castles as well as the chateaux of Zbiroh, Konopiště and Kostelec nad Černými Lesy along with the Slapy and Klíčava reservoirs, and the Sázava monastery, Ondřejov observatory and other interesting places.

Tickets for the newly added round trip flights will only be available for purchase on Czech Airlines’ website on Friday, 20 April 2018. As a result of great interest in our round trip flights, the booking and ticket purchase process may be a bit slow at times. We ask all potential buyers to be patient.

An UHE code, the code of Kunovice airport, will be shown on tickets as the flights’ final destination, but we will not be departing from or arriving in Kunovice. All round trip flights will take-off from and return to Václav Havel Airport Prague without stop-overs. The UHE code is used to allow us to load the trips into the reservation system, sell tickets for the flights and check you in.

You will be able to select your seat on board free of charge and check-in for the flight online 36 hours prior to departure. Round trip flights will take place in any weather conditions which permit their safe performance.