Are you tired of circumscribed rules, conservative views and intolerant passers-by? Then go to Copenhagen – the city of fresh air – both in fact and figuratively speaking. The citizens of Copenhagen are not big on convention, but they love modern design, beer and their Queen. 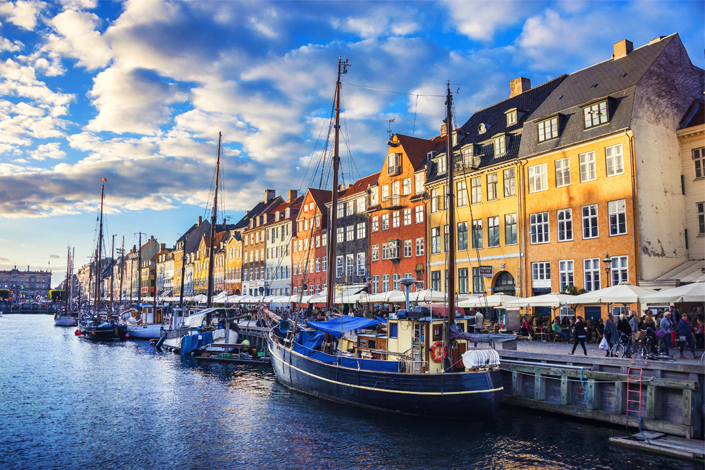 Queen Margrethe II resides in Copenhagen. The Royal palace, just a few steps from the harbour, is both the centre of history and modern lifestyle. Amalienborg, as the palace is called in Danish, built in rococo style, features four wings – two accessible to the public and the remaining two housing the royal family. The palace is guarded night and day by the Den Kongelige Livgarde (Royal Guard). If you want to see the Crown Jewels, you have to go to another palace in the centre of Copenhagen, namely Rosenborg, a renaissance castle originally built in the 17th century. But this is not it in terms of the list of old Copenhagen royal palaces. Christiansborg, another royal palace, is the seat of Danish Parliament and Government Office. However, the large palaces are not the most famous city symbols of Copenhagen. The city is known for a tiny statue of The Little Mermaid (Den Lille Havfrue) from 1913, commemorating the story with the same name by the Danish fairy-tale author, Hans Christian Andersen. Those who do not like fairy-tales consider today’s iconic Nyhavn to be the city symbol. The sea channel and a 17th-century harbour, reaching almost all the way to the city centre, used to be a place of business and a base for sailors and fishermen with all there is to offer, including pubs, red lights and the wildest clubs of its time. 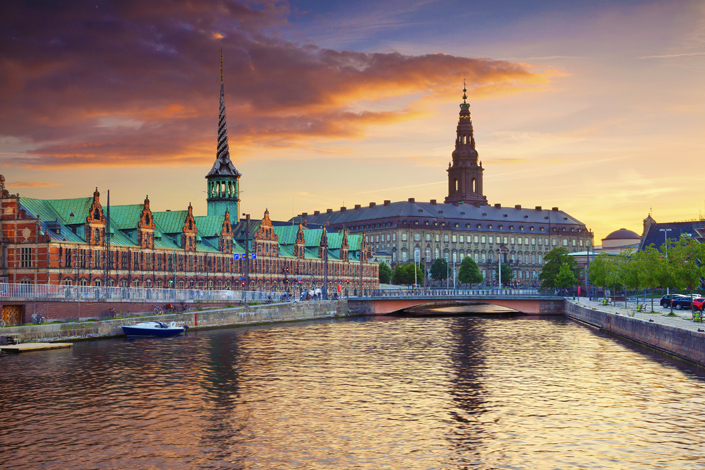 Businessmen and sailors have been replaced by tourists and tourist boats. Hop on and take a ride through city canals. Nothing beats the view of the city from a boat. Establishments with questionable reputation in Nyhavn have long been turned into luxurious restaurants and bars. People visit the historical harbour for both modern gastronomy and atmosphere. It is very relaxing to just sit on the edge of a canal enjoying life. They say that the longest pedestrian zone in Europe is in Copenhagen. In fact, Stroget is a complex of many interconnected streets and lanes. You simply cannot walk down the street quickly – not due to its length, but for the number of shops, bars and cafés located there. The street leads to (or starts at) Radhuspladsen square with the main City Hall. You will see street actors, musicians and painters there, each promoting their specific trade. Copenhagen is not very large. Its centre can comfortably be covered on foot. But if you rent a bike, you will blend in with the locals and quickly get outside the city centre. Christiania quarters, sometimes referred to as a Free State, is definitely worth visiting. It is an area to where young people interested in alternative ways of life moved in the 1920s. With time, the place turned into a unique area with an original atmosphere. Houses and streets are filled with alternative arts. The refusal of the traditional way of life is apparent from all house reconstructions as well as café and restaurant styles. 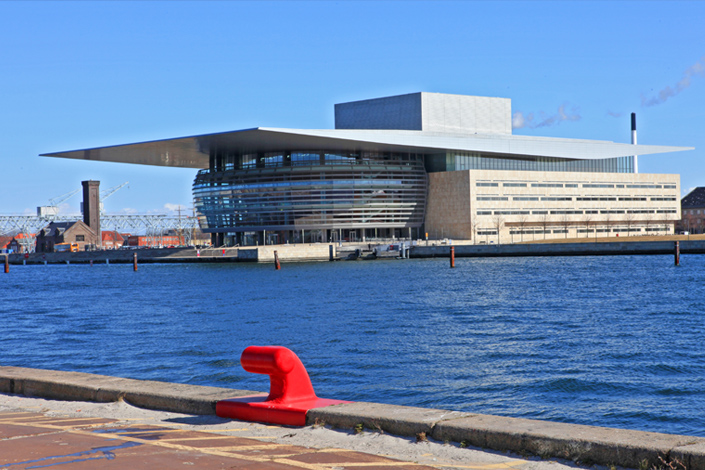 Walks and Bike Rides Are Not Enough? Enjoy Opera and the Oldest Fun Park

The world-renowned Tivoli fun park dated from 1843 offers haunted houses, adrenalin rides, the Chinese quarters, a wax figures museum, concert halls and small stages. All that located in a well-kept garden with perfectly landscaped houses to the point of a picturesque feel. There is also one of the most modern opera houses in Copenhagen. The building was constructed in 2005 in the neo-futurist style and is highly valued by architects all over the world. It is located close to the Royal Palace. The two are divided just by a sea channel. Even the Danish Royal Library building is an example of modern architecture. It is called the Bblack Diamond and it really looks amazing on the sea shore. The Danish Royal Library is the largest in the Nordic countries. Its collection features, among others, all Danish prints from the 17th century to present.

People first settled in today’s Copenhagen area in the 4th century BC, but permanent settlement, which formed the city, can only be traced to the 11th century. Today’s name of København has its origin in the Medieval Danish and means the merchants’ harbour. 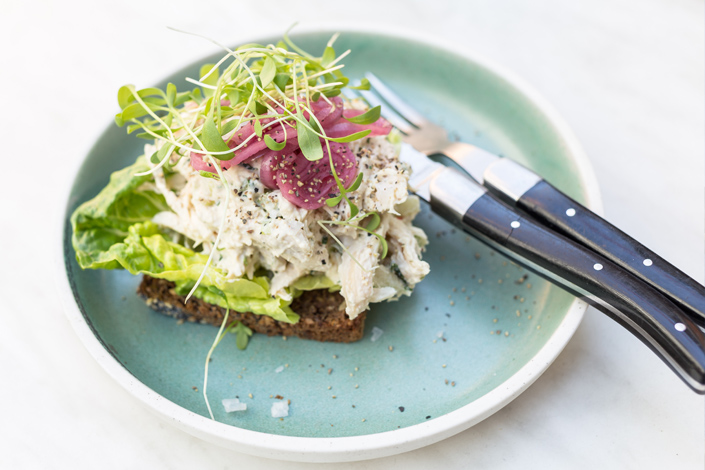 Bread with Butter and Beer

Traditional Smørrebrød, which translates as “bread with butter” is the ultimate choice. Dark rye bread is topped with a slice of pork, fish or cheese, seasoned with pickled vegetables and sauces, and, most commonly, complemented by dill and parsley. There are dozens of options. This type of refreshments, which has spread around the entire country, has its origin in Copenhagen. It was created some one hundred years ago as a dish served with beer at Oskar Davidsen’s establishment at midday.

Wienerbrød is the typical sweet pastry of Denmark. It translates as Vienna Bread as it is believed that the original recipe was brought to Denmark by bakers from Vienna. However, around the world it is known as the Danish, a fluffy dough (either yeast or phyllo) of various shapes stuffed with jam, chocolate, various kinds of fruit or marzipan. Do not forget to taste the local beer. Both Carlsberg and Tuborg, world‑renowned breweries, are based in Copenhagen. If you wish to taste a different brand in the capital of Denmark, there are a lot to choose from. There are 307 kinds of Danish beers available on the market.